So today I will go over these kinds of lures I mostly use.

They are called in-line lures bcuz instead of tying your line on the lure, wich has a hook on it, you tie the line on the hook and then you pull the line through the lure.

As you can see, instead of a hook allready on the lure, there’s a hole through it.

I mainly use singlehooks, since I find I lose less fish on them plus they are easier to unhook from the fish. The ones I mainly use are called Owner s-61 2/0 .

So you start with 1 hook, 1 featherring and these little egg-shaped rig-rings.

After that I take a piece of flourcarbon line I use the 0.35 size. Usually I use about 1m of line for this. Tie it onto the small part of the black egg-ring. Like so;

After that you want to protect the knot from the lure. Since the lure is gliding up and down on the line when u fish with it, it can also damage the knot.

I use the 3mm glow-in-the-dark rubbershot for that, bcuz I like to pull the rubbershot over the knot completely, so it takes away some room for a pearl I also add before the lure.

Now there is ppl that say that that pearl do nothing, but I have gotten all kinds of small fish to go for that pearl and I’m guessing the bigger fish can also be attracted to that.

You can buy these different pearls in baitshops.. or you can ask nicely to get some from a kid 🙂 Like this

All done with that, time to add the lure. And as I said before, the lure glides up and down the line so to be safe I also add one rubbershot after the lure. Like this;

Again, there will be ppl saying these kinds of lures are just as good as the normal ones.

But in my opinion and in my experince I have much more success with these kinds of lures. I think it will all come down to luck and coincidences if you get fish or not.

Usually I tie a couple of these so I have in handy before I go out. Sucks standing and tying knots with cold hands.

That’s it for today, tomorrow I will probobly go fishing with my brother again. Depends on the weather.

Until then thanks for reading and I hope I’ll see you guys tomorrow! 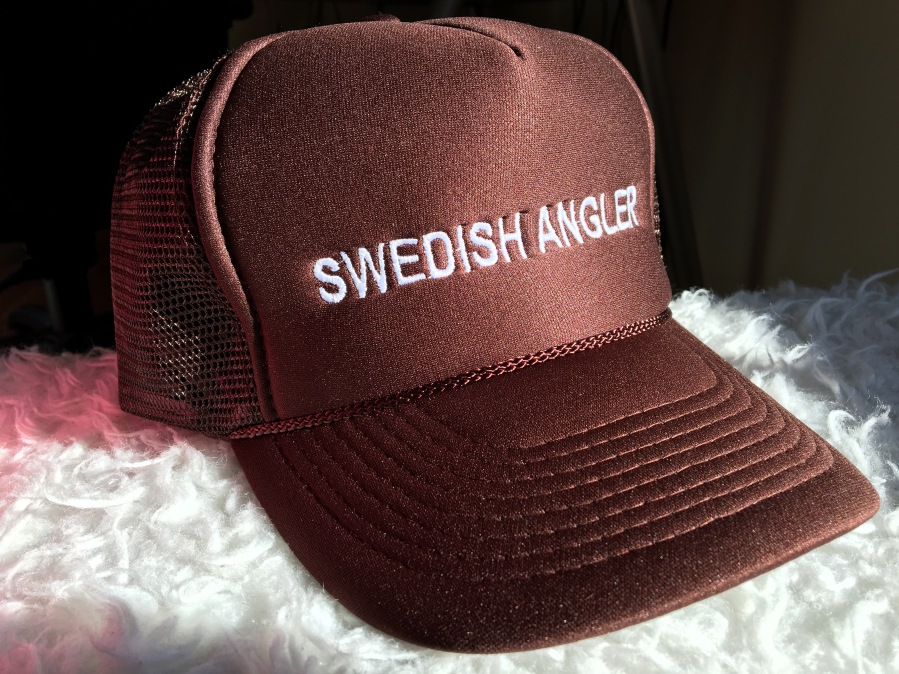