Finally. After so much practicing with the casting and everingthing connected to this art of flyfishing.

It was a small fish, but to me it didn’t matter.

A friend called me up asking if I wanted to join him and his friend for some eveningfishing. I agreed and off we went to a new place for me.

When I got there my first thought was that this was a very nice place.

After abour 40min I casted a pretty long cast landed behinde a big rock. Just as I passed the rock I hooked my first sea trout on fly. 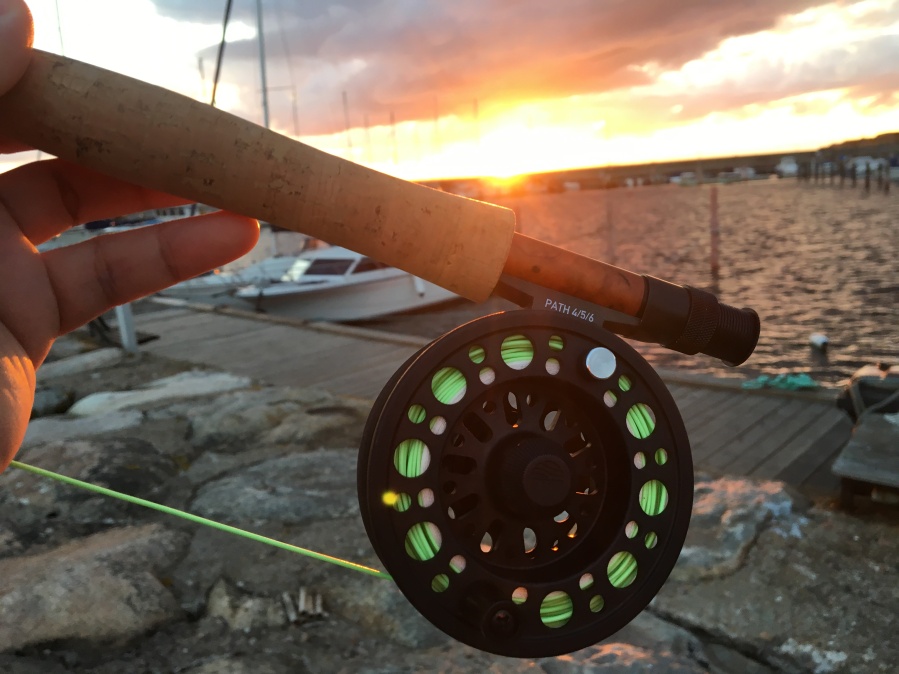 Great feeling, given the fish wasn’t big there was not rly any fight but it did do maybe 2 jumps.

The feeling was almost as good as when I got my first ever sea trout. Mostly bcuz it was my own home-made fly (an orange/white baitfish-style) and secondly bcuz I had been out soo many times without getting a fish.

Anyways lets hope this good feeling sticks with me for a while now.

Stefan, one of the guys I went fishing with, had a mounted camera on his chest. He was kind enough to send me this video of the catch.

Hope you guys enjoyed this little update and I see you guys next time.

Until then, live well.