The season is over.. again. #sadface but.. the season was sh*t for me anyways! D;

This summer was the hottest in a looong time for us in Sweden. Resulting in bad fishing (for sea trout). I’ve also don’t got all that much time with two small kids at home. But I still try to make time for the fishing when I can. Tho it has resulted in me not going out as often as I use to.

My brothers have been fishing for other stuff, me aswell but not that much, took a trip out with my brother in law on his boat. Got some nice cods and mackerels. Good season for bother them bros 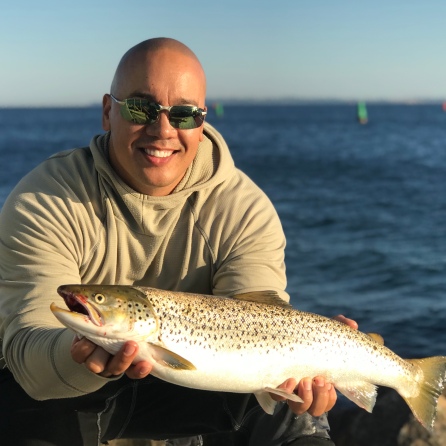 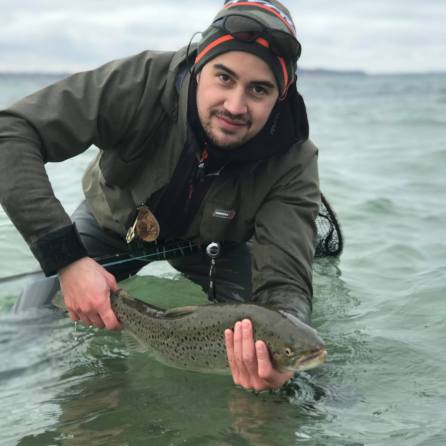 The past seasons we have been fishing alot at a place close to Helsingborg. The fishing there is very good, for some reason. But this season I have not wanted to go there, mostly because it’s a very annoying climb out on big rocks.

But for my last trip I felt it was time, I asked Big Z if he wanted to go there and right after his work we went out.

I was there a little bit before him, tried some flyfishing a couple of casts before the wind got to annoying. Switched to my spinning rod, went alot better. Had a fish on the first cast that sadly didn’t stick. While I was fixing my rod I saw something big jump out of the water, about 50 meters away from me, couldn’t cast there due to poles sticking up from the water between me and the splash.

Then 1min later I saw Zandro came walking on the rocks towards me, I told him to cast at the place where I’ve seen that big splash in the water.. he stopped and said “well, ok, for you then!”.

Speechless. Amazing fish, either a salmon or a hybrid between salmon and sea trout.

Eitherway it was one of the best I’ve ever seen. Strong year for Big Z!

I’ve complied a video about our last trip for this season, tho I am ofc going to keep on fishing in Put & take waters etc as long as the weather allows me to.

So I hope you’ll enjoy the video guys, and until next time, live well!